Wah, Wah Warranties, AND Things to Know About AZ with guest Dee Baginski

Wah, Wah Warranties, AND Things to Know About AZ with guest Dee Baginski

To warranty or not to warranty. That is one (not all) of the questions we ask today. Whether ’tis a good idea – yes, but what “deets” should ye seek. Enough with the silliness.

In addition to Steve’s infinite auto knowledge, Felecia sheds some light on stuff that most Arizonans (especially transplants) don’t know about Arizona. That plus Ryan Steckelberg’s “lock of the week.”

We’re also joined by special guest Dee Baginski, President and Founder of the Courage Under Cancer Foundation. She shares her personal battles with Cancer as well as the unbelievable cost of treatment. Her foundation believes that people shouldn’t have to go without cancer treatment because they can’t afford it. It’s her passion.

While the Jets likely won’t be extending Adam Gase’s contract based on their performance so far this year, you can and should extend your car warranty — if you take the right steps to do it properly.

The Rozanskys are joined by special guest Dee Baginski to discuss her nonprofit Courage Under Cancer. We also discuss the merits of buying a used car (over a brand new pickup truck) and learn some fun facts about Arizona for all the transplants who may not know much about their adopted state!

Dealerships often convince buyers into getting extended warranties when they first buy a car. However, this is the wrong approach. Why shouldn’t you buy the extended warranty with your new car, and what should you do instead?

Many nonprofits that focus on cancer donate their money for research. However, another major need is for cancer patients and the expenses they incur in managing their treatment. So, Dee Baginski and her husband started Courage Under Cancer to address this gap.

Baginski is currently going through cancer treatment for the third time and has been lucky enough to have insurance that has covered her expenses, but she knows the challenges many patients face.

Baginski shared research from the University of Richmond: 25% of people diagnosed with cancer can’t afford treatment, 20% of patients can’t afford prescriptions. So, Baginski’s organization would help patients with these costs, or with other costs that they may struggle with while paying for medical expenses.

To raise money for Courage Under Cancer, Baginski and her team are organizing a Bachelor Mystery Auction event.

Get to Know Arizona

When they moved to Arizona, Steve and Felicia didn’t know too much about where their new home. With lots of new residents in Arizona, they shared some fun facts you might like to know:

Until next time, Drive Friendly and Stay Safe Arizona! 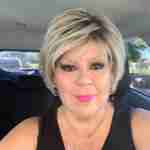 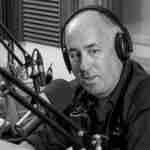 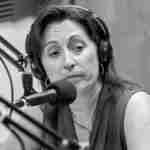 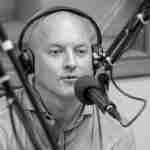 Find the Podcast on: Apple | Stitcher | Google | Spotify | Castbox. Listen live every Saturday at 10am (Arizona time) on The Fanatic. Watch on Facebook Live or YouTube.
Menu