We’re joined by guest and NBA dad Marvin Williams Sr who recently released his debut book titled “Secondary Break: An NBA Dad’s Story.” In it, and in this episode, he offers advice on how to overcome life’s most challenging obstacles. Join us!

4:55 – This section is on the “forgotten fluids” in your car, specifically, the differential. This uses thick fluid and can be thousands of dollars to repair if you don’t change the fluid when recommended. No matter how clean it looks, you want to change it.

13:42 – By the Bucket is ready to open, except his equipment is still stuck on a barge in the Pacific!

14:35 – Felecia interviews Marvin Williams Sr. who wrote a book “Secondary Break” about his life as the father of an NBA player. https://bit.ly/SecondaryBreak

18:50 – Marvin discusses his relationship with his father, including asking him for a ride to the bus station on the day he was leaving to join the Navy.

24:20 – Marvin discusses how he transitioned to coaching after experiencing heartbreak in the end of his career as a player and struggle with substance abuse.

29:45 – Marvin explains the “4 seconds” reference in his next book. Most people make critical decisions in 4 seconds and those 4 seconds can change the direction of your life.

31:12 – Steve talks about his 4 second decision – knowing when he arrived in Arizona he couldn’t work for someone else, he needed to start his own business.

34:24 – Marvin discusses how to gain trust with the players. He talks about how, if you show that you are willing to put in the work, you’ll gain trust.

37:00 – Zillow is no longer buying houses – the iBuyer program is over, and they are firing 25% of their staff. Felecia believes this is because their staff didn’t know their markets – local realtors do. 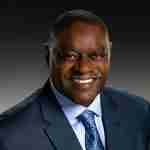